Blackout and Off-Grid Priorities with the Jackery Explorer - Prepper Website

Blackout and Off-Grid Priorities with the Jackery Explorer 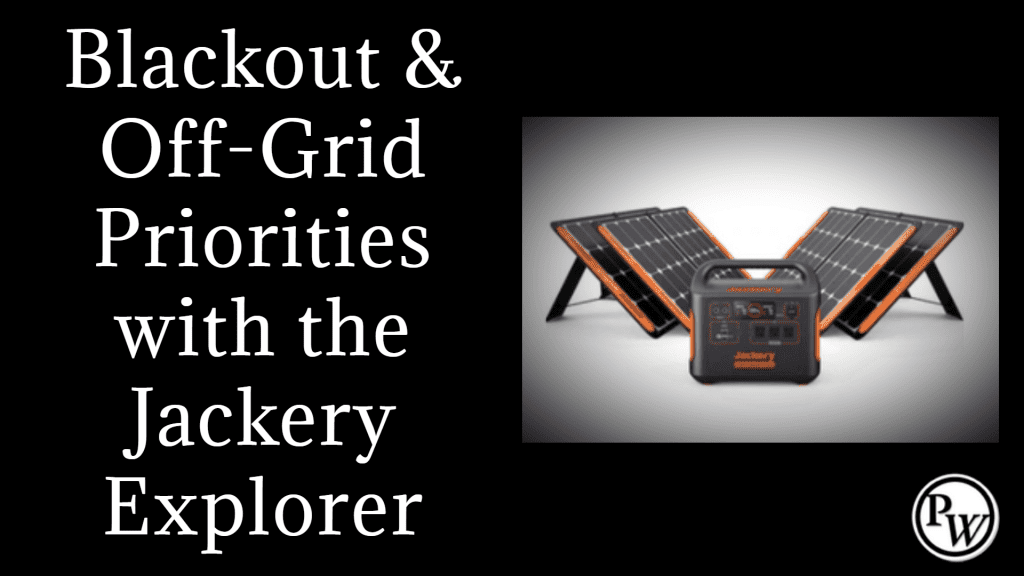 One problem that I see in the Preparedness Community is when preppers try to replicate their current life, tied to the grid, during an emergency or an SHTF situation. Although there are some that like not being tied to the grid, for most people, having unlimited power at a flip of a switch is something we have become accustomed to and not something we want to do without.

Others have purchased portable generators and are ok with not having everything running at all times. For example, you can’t run your central home AC system on a portable generator. Many are ok with this, purchasing a small window unit and only cooling off a room or two. But those that go this route still must have enough fuel to power their generator for long periods or try to find it during an emergency situation.

I’ve always tried to help people understand that during an emergency or SHTF, they need to realize that they are not going to be able to have all the conveniences that they are used to! Instead, Preppers need to focus on the necessities of why they might need power.

You need power to power the lights to see, help keep the old and frail cool and save the money you invested in frozen foods from spoiling!

In focusing on these three priorities, preppers can start to plan for their emergency power needs. One option that preppers should consider is a portable solar generator, like the Jackery Explorer 1500.

The Jackery Explorer 1500 is an impressive solar generator for anyone who wants a completely done for you solution. The Explorer is well-built and has a nice weight to it. You know it won’t turn over easily and it doesn’t feel like the plastic will break with use. My system came with four (4) 100-watt solar panels. 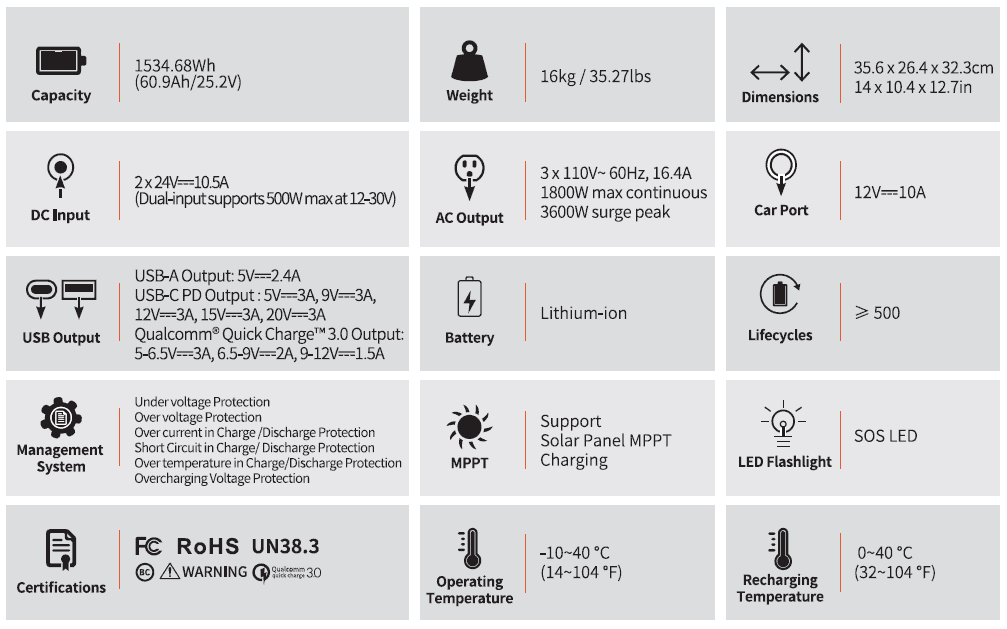 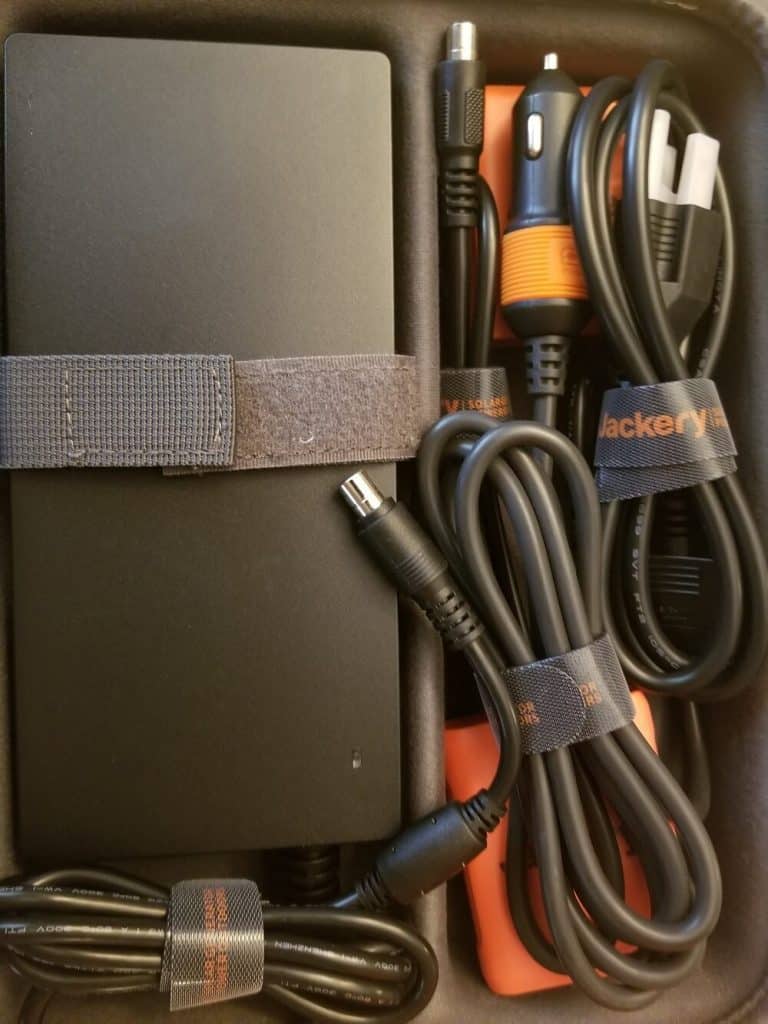 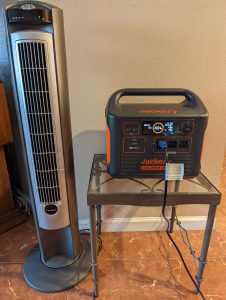 My first trial was to use the Explorer 1500 to run an AC powered oscillating fan. I made sure the charger was charged to 100% capacity using the AC power adapter. I started the fan at 11:00 am in the early afternoon, right about the time the front room would start to get intolerable in the summer, here in Houston, Texas. The fan ran for 8 hours. When I turned the fan off, the Explorer was at 59% capacity.

This is an important use of the Jackery Explorer because I have older parents who would need to keep cool in the heat of the day. In reality, the Explorer wouldn’t run the full 8 hours. I would only run it enough to cool them off as they needed it, monitoring their fluid intake and overall health. It is also important to know that I would have used less of the Explorer capacity if I would have had a 12volt fan to run instead of the big one I used. 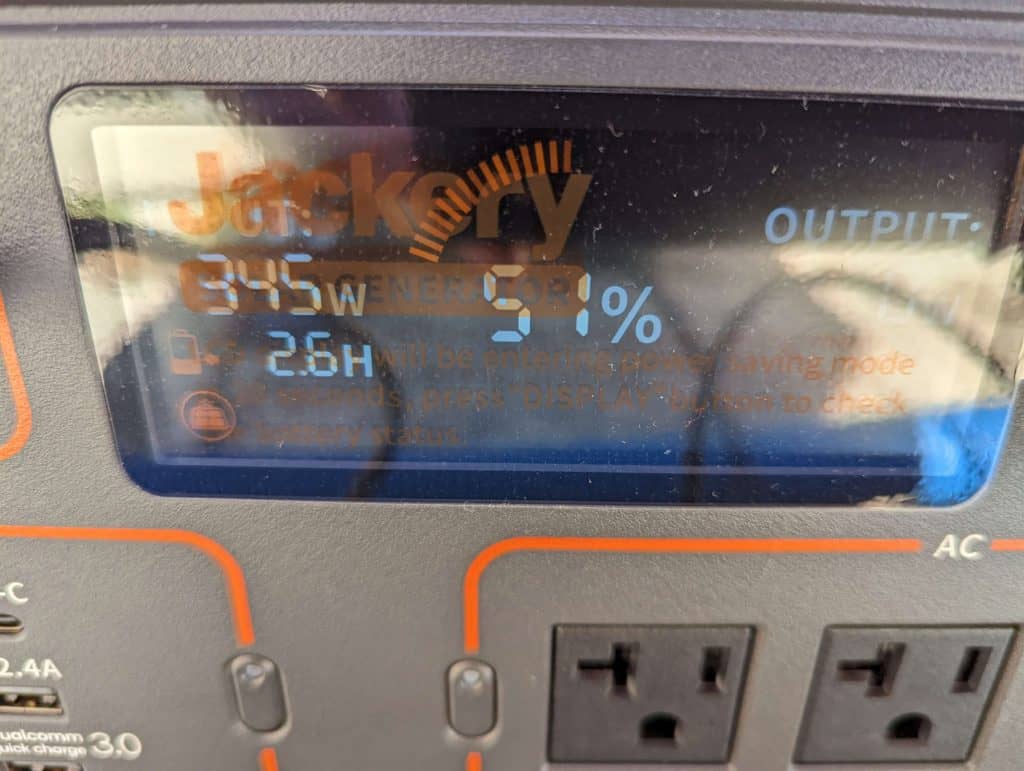 The next test was to use the Explorer with my deep freezer in the garage. We purchased a second freezer during the Covid lockdowns. It is filled with frozen foods and it would be a huge financial loss if we couldn’t keep the freezer cool in a grid down situation.

When I connected the Explorer, there was an initial surge in the watts used, but then it dropped to zero. I was worried the deep freeze wasn’t running, but I could see the light on at the bottom of the freezer indicating it was connected to power. Again, thinking about what I had invested in the freezer, I kept running out to the garage, like a madman, to check the Explorer and freezer to see how things were holding up. I started the Explorer at 11:15 am. When the freezer wasn’t drawing power, the Jackery showed zero to two watts on the display. When the freezer cycled on, it would draw 41 watts. It only did this for a short time before it cycled off. 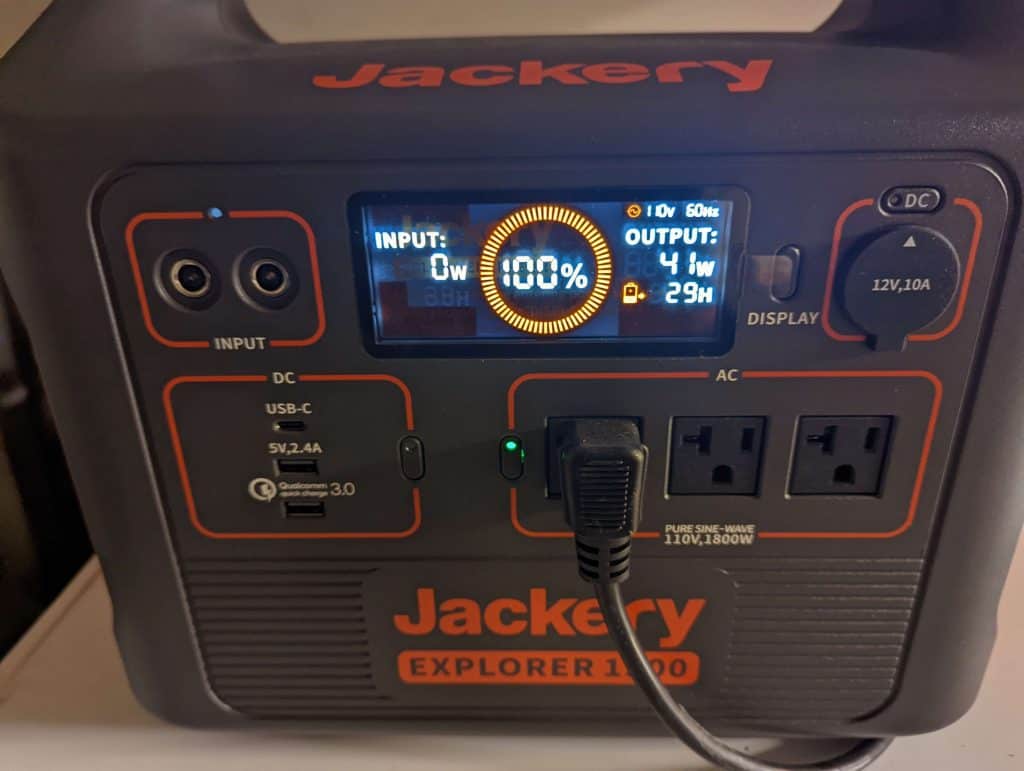 I left the Explorer on till 6:30pm just to see what it would do.  When I unplugged the unit, it was at only 79%.  If I was experiencing a blackout or a true grid down, I would have only left it on for 4 hours at at time. 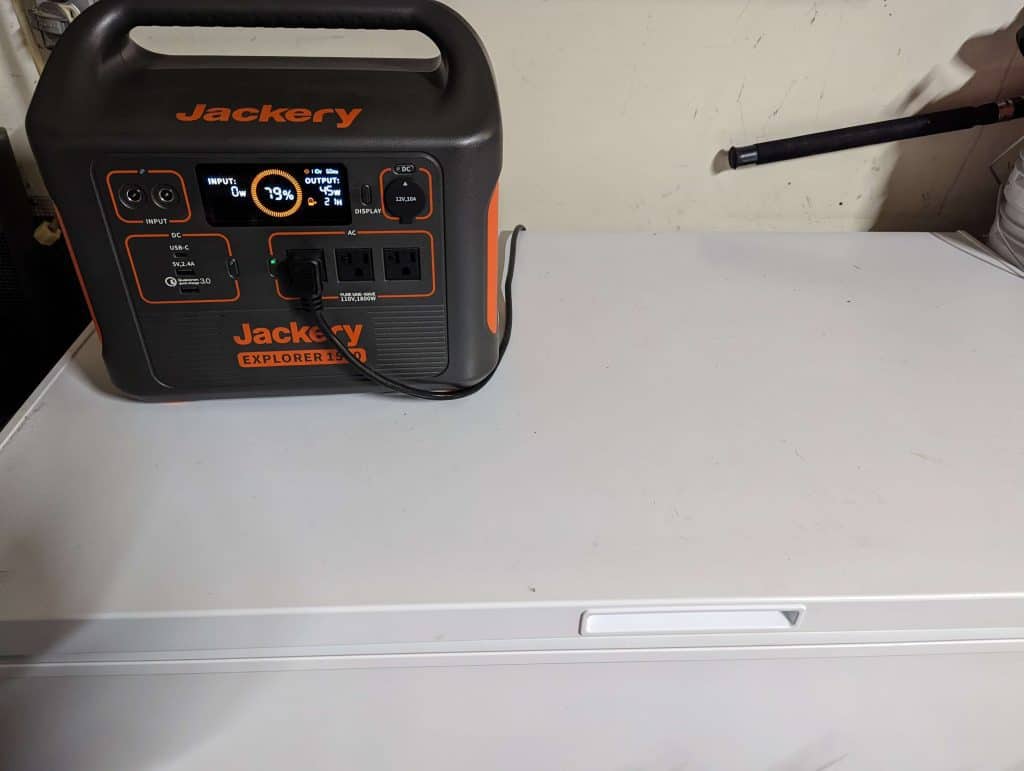 Many have shared that when you are trying to keep food in freezers and refrigerators cold during a grid down situation, you don’t have to keep them continually running. Most refrigerators and freezers cycle on and off anyway. You just need to keep the temperature down to a safe environment, which means running your appliance for a few hours at time, saving fuel or batteries. It’s also important to know that newer refrigerator and freezers are more energy efficient and can run off a solar generator. Understanding this means that you can run your appliance on the Explorer, but then take it outside and connect the battery to the solar panels to keep it as charged as possible during the day.

You need to address your power needs as a prepper. The Jackery Explorer and solar panels is one way that you can do this. And, from April 22 to July 22. 2022, you can save 10% with the code “JADEAL.”  For more information, head on over to Jackery.com.