Getting Old Sucks! My Eyes Need Some Help - Readers and Preppers

Getting Old Sucks! My Eyes Need Some Help! 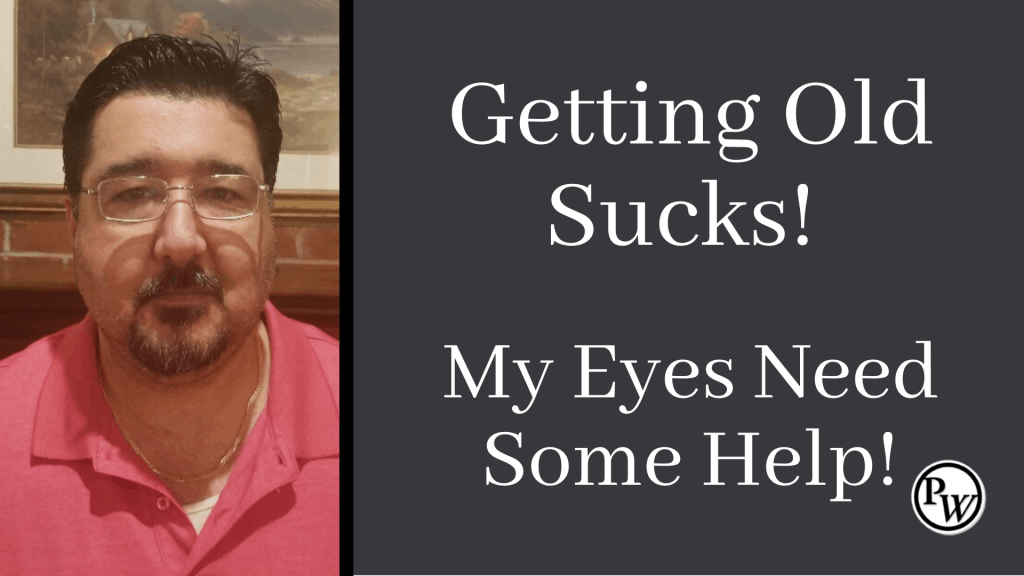 Getting old sucks! You feel it! Aches and pains like to show up when before I wouldn’t even notice them. But the real reason old age is sucking is due to my vision. I would like to say that words on packages are getting smaller, restaurants are getting darker or my arms are getting shorter, but I know I’m only fooling myself. My eyes need a little help now!

I’m Older and I Saw the Light

A few years ago, when I worked as a campus administrator, I was waiting with some parents and a teacher to conduct a Section 504 meeting. Back then, I would fill-out as much of the paperwork as I could online, then print-out the rest. While we waited, I mentioned that the district needed to get some better copies into the system because the copies that were available were printing out blurry. The teacher sitting next to me looked at me like I had lost my mind and then handed me her glasses.

Being the jokester that I am, I folded one side (temple) over and put the glasses up to my eyes. To my astonishment, the blurry page was suddenly “healed.” I guess the joke was on me. My eyes needed some help. Everyone had a good laugh at my expense. Someone said I probably just needed some readers. Have I mentioned that getting old sucks?

Shortly after that, I ran into a dollar store to get a few balloons. While I was waiting, I noticed a stand with readers on them. I picked up a pair, put them on and tried to read some of the small wording around where I was standing. The glasses seemed comfortable to me and the words were easy to read. And most of all, the glasses were only $1. I bought them.

Getting the Right Strength of Readers

I mentioned to one of my co-workers that I had picked up a pair of readers and she asked me what strength of readers I chose. Not having a lot of experiences with readers, I told her I picked up readers that said 1.75. She warned me to be careful about getting stronger readers than I needed. She said that my eyes would adjust to whatever strength I wore, so it was better to start with a lower power of reading glasses.

I went back to the dollar store but I couldn’t find any lower strength glasses. I finally found a package of 5 readers online on Amazon at .75 strength and decided to purchase those. Having 5 pairs allowed me to leave one pair on my desk at work, one in my bag for church and one in my bag for work. Of course, I always have a pair by my chair where I read. The .75 strength worked well for over 3 years.

You Can’t Hit Pause on Getting Older

But lately, I’ve noticed that I’m starting to struggle again. One place where I struggle is in church. We meet in a school theater and the lighting is terrible. I mean, it is designed for plays and musicals. I’ve tried adding more light. For example, I purchased a rechargeable light to clip on to my stand. It worked for a while, but not anymore! Even with my large print Bible, I’m struggling. I’ve finally decided to move completely to my tablet for reading the Bible when I preach.

I’ve also noticed the need for glasses when I go to restaurants. My workaround for a while has been to use the light on my cellphone to throw more light on the menu so I could see it more easily. My family would laugh. I would laugh. The people in the restaurant would laugh. But it’s starting to get to the point that it isn’t working. Plus, I don’t want to clip my glasses to my shirt or put a case in my pocket all the time.

And to put a nail in the coffin of my lower-powered readers, I was sitting in a meeting the other day when I opened up my readers and one of the sides completely broke off. It was time to move to the next strength. I think I’ve mentioned that getting old sucks already, right?

I couldn’t find the strength I wanted in the last set I purchased on Amazon. So, I settled on a set that only had 3 pairs, but were a little bit sturdier. I have had my new 1.00 strength glasses for three weeks now and I’m very happy with them. 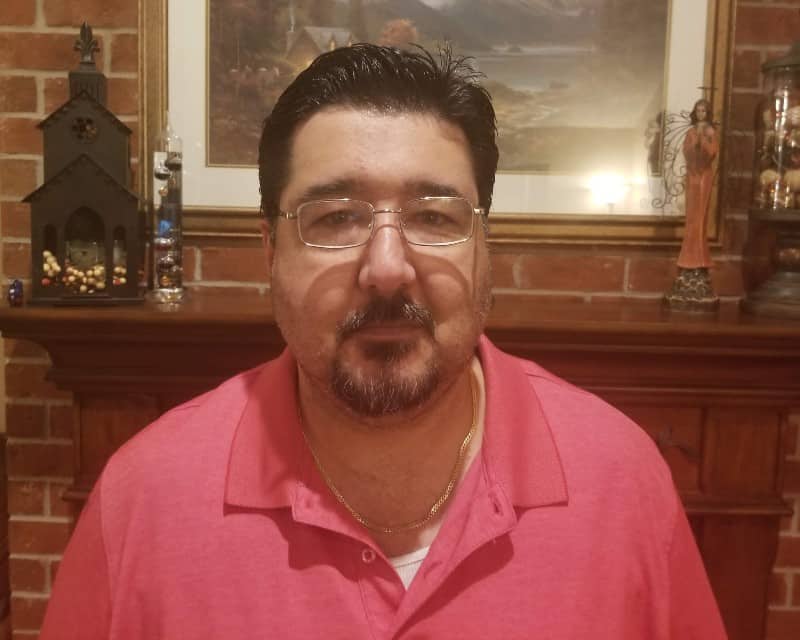 Do I look smarter?

But, I still had the dilemma of needing glasses when I was ordering in a restaurant or in a store and needed to read smaller print. Like I said earlier, my arms aren’t growing any longer. After spending a little time on Amazon looking for an option, I settled on ThinOptics Reading Glasses.

The ThinOptics readers are basically glasses without the sides. However, they don’t seem to slip-off when you’re looking down. They have a foldable nose piece that allows them to get into a case the size of a business card. The thickness of the case is like putting two credit cards on top of each other. For this pair, I decided to go a little stronger in strength (1.50) because many times the packages in stores have such little writing. I think they do it on purpose! It’s a conspiracy!

I keep my ThinOptics next to my wallet and always slip them in my pocket when I leave the house. They are now part of my EDC and have worked out perfectly! I use them more than my knife. 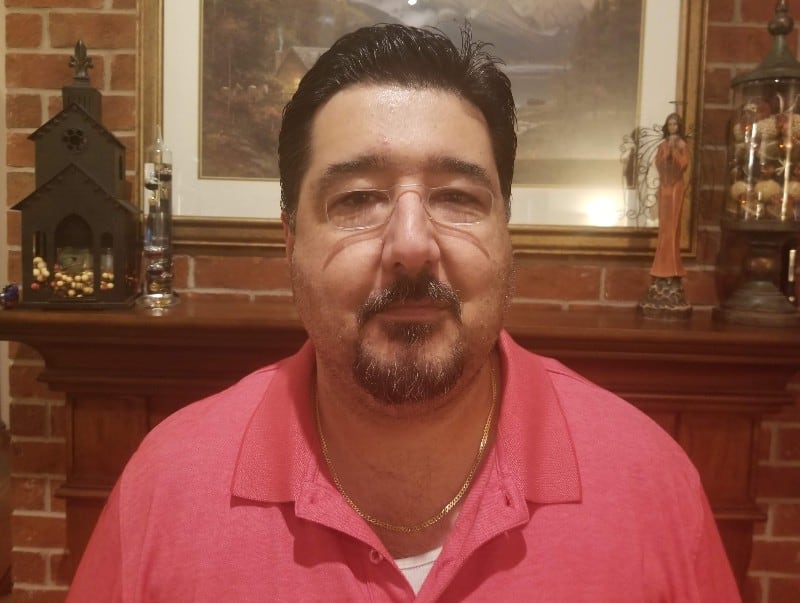 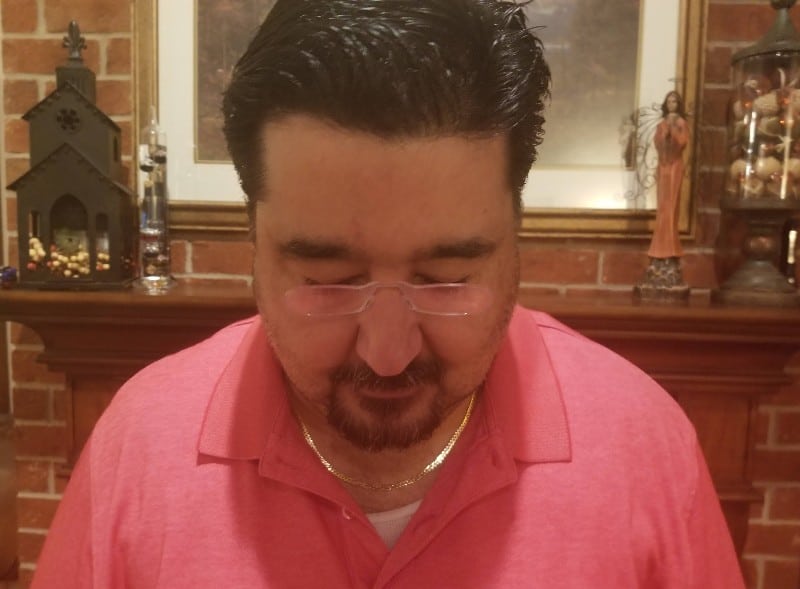 The Thin Optics glasses have a flexible bridge that allows you to stretch it over the bridge of your nose so they won’t fall off when you look down. 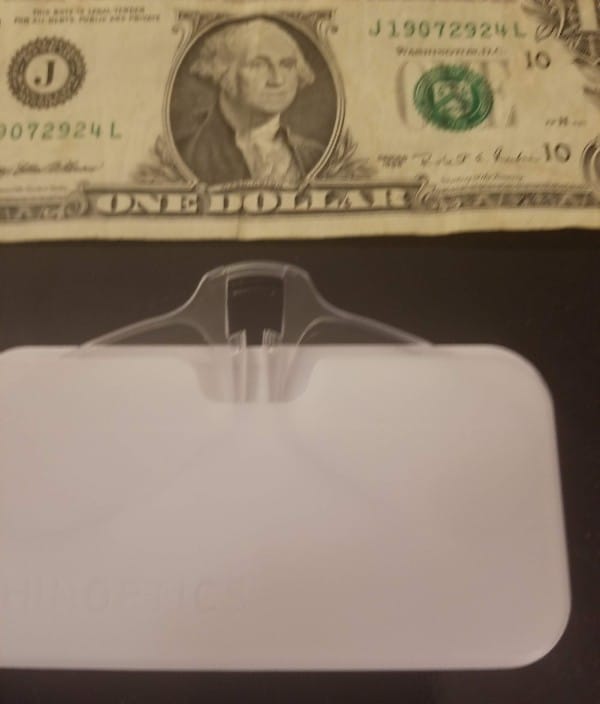 The ThinOptics Glasses have a very small footprint. The case is flat, the size of a credit card and easily fits in your pocket or sticks to the back of your cellphone.

Readers and Preppers and Getting Old

So let’s say that the hammer falls tomorrow and I’m stuck with the readers that I have now forever. Eventually, I’m going to need a stronger reader. I’m sure many preppers are in this same situation.

I guess I could buy a bunch of different strength readers and then stockpile them away. I could also buy a magnifying glass. The fact is, I have a lot of books, many preparedness related, and I want to be able to read them now and if I need to when the SHTF.

Another Option for Old Eyes

But there is also another option that preppers could consider. Putting books on a tablet would allow preppers who need readers to increase the backlight and increase the text size.

Now, I know what some of you are thinking…”But what if we have an EMP! Won’t it wipe out all electronics?” Well, yes there is always that possibility. But you shouldn’t make all of your life decisions based on an event that is “possible.”

The Carrington Event (solar storm) happened in 1859. People have been born and died and we still haven’t had another event like this that wiped out electronics. Imagine someone in the 1900’s not wanting to embrace a technological advance because they were afraid they would lose it because of the next solar storm! Don’t live in fear! Technology can do some cool things!

I own a Kindle Fire 8. This tablet was very affordable. I can download books, PDF’s and videos to my tablet (watch the video below). I have expanded the amount it can hold by adding a micro SD card and I could charge it with my solar panels and battery chargers if I needed to. Imagine how much information you can hold in one tablet! And, it is very light when you consider taking it with you!

Dealing with Getting Old

Yes, getting old sucks! There are many things we can do to stay healthy and modern science has made some really great advances. But, you can only prolong the inevitable so long. If you are struggling with your eyes and you are finally coming to terms that your arms aren’t getting any longer, do yourself a favor and get some readers. You’ll look smarter too! 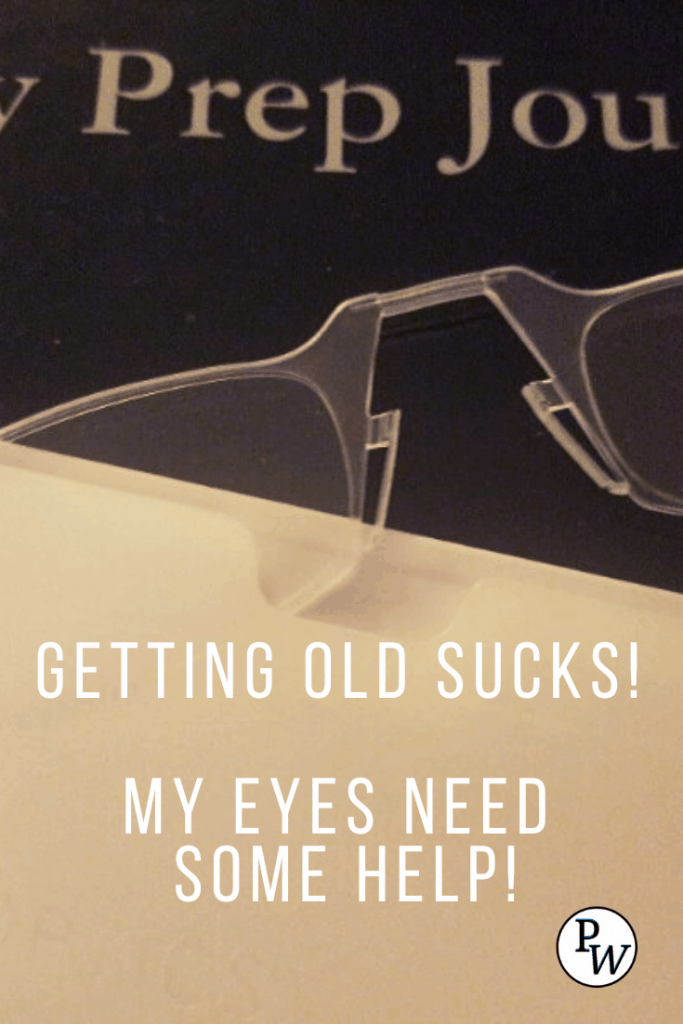