Are Preppers Crazy? Or Do They Know Something We Don't Know? 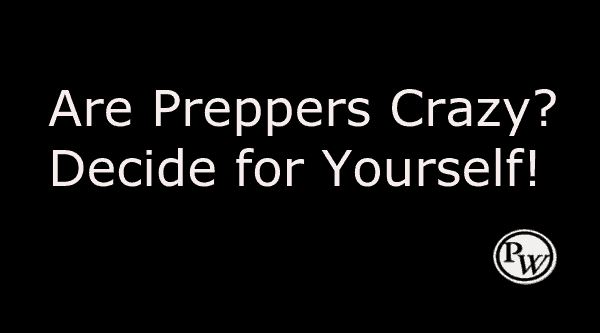 You Won’t Think So After Reading This!

The short answer to this question is no, preppers are not crazy!  Preppers see the frailty of the world and don’t want to depend on others when trouble comes.  Preppers desire to live self-reliant lives and take responsibility for their own lives and families.

Preppers see potential trouble in many forms.  Some preppers prepare for natural disasters like hurricanes, tornadoes, blizzards and heat waves.  Other preppers might see the instability in global politics and try to mitigate a scenario where goods and trade are more expensive, the economy starts slowing down or nations start to threaten each other with war.

Some preppers do prepare for some of the more sensational scenarios like polar shifts, EMP’s or solar flares.  The idea behind prepping for these types of events is that if you are prepared for these, you will be prepared for anything.

So Why Do Prepper’s Get a Bad Wrap?

Prepper’s get a bad image because of the media’s portrayal of preparedness.  TV shows like Doomsday Prepper’s showed preppers living sensational lifestyles and made them to just look like weirdos!   It also doesn’t help when someone has committed a crime and runs off to the woods and is labeled a “survivalist.”

In reality, everyone is a “survivalist.”  No one wants to “not survive!“

The Preparedness Community is varied and collectively has a lot of wisdom about good ol’ plain living!  In fact, any non-prepper could go back a few generations and find that their grandparents or great-grandparents would be considered preppers in today’s age.  They had to live a life of preparedness because there weren’t 24-7 Walmarts open back then and Amazon Prime didn’t deliver to your door in two days or less.  Winter was coming and they had to prepare to feed their families.  They canned, stored food and thought ahead.  They weren’t stupid!  You’re here, aren’t you? 😉

When it boils down to it, being prepared just makes sense.  Who doesn’t want to have a flashlight when the lights go out?  Why wouldn’t you want to be able to start a campfire?  Who doesn’t want to have their most important items ready to grab and go at a moments notice?  Remember Hurricane Harvey?  Many people on the Gulf-Coast would have loved to have a bugout bag ready with copies of their important documents.  Instead, they had to spend hours ordering and standing in line to replace them!

No, preppers are not crazy!  Preparedness makes a lot of sense!  Don’t let the media label keep you from investigating and examining how preparedness can help your family and loved ones in a time of crisis.  Murphy is always knocking on the door and the old saying, “It’s not if, but when” is very real in our world. 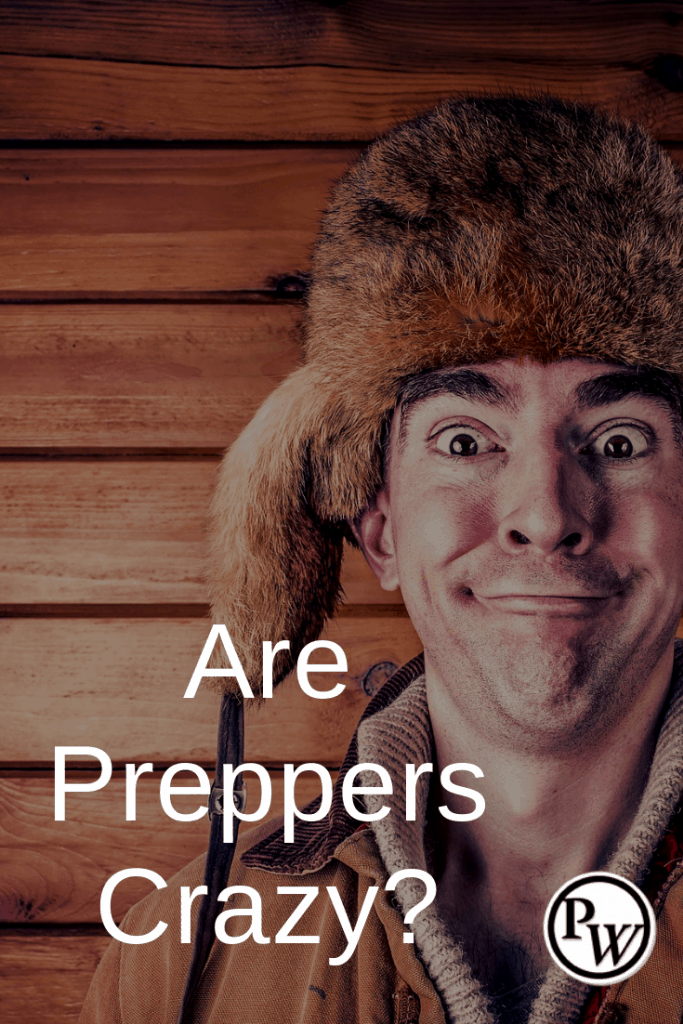